RAISE a glass
with us

To celebrate Old Fashioned Week, you must be 21+.
Enter you date of birth. 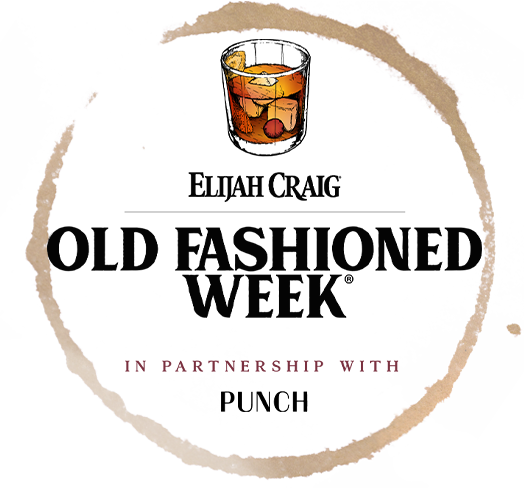 Elijah Craig Old Fashioned Week® is an annual celebration featuring events in bars and online. Every year, we invite you to discover new riffs on this classic Bourbon cocktail in bars and restaurants near you, while raising a glass for a great cause.

Check back for updates on Elijah Craig Old Fashioned Week 2022!

CHEERS TO
A GREAT WEEK

There’s Greatness Within® our
community. With your help, we raised
another $100,000 for bar and restaurant
workers in need in 2021!

THANKS FOR
MIXING WITH US

THANKS FOR
MIXING WITH US

Keep tagging us in your photos
and videos using @ElijahCraig
to be featured on our
social channels. 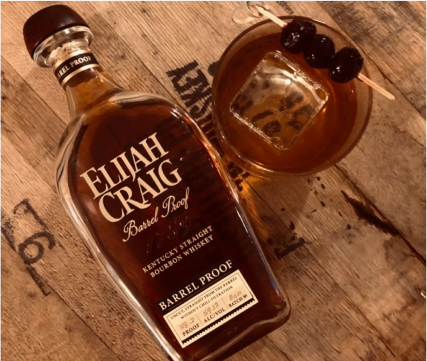 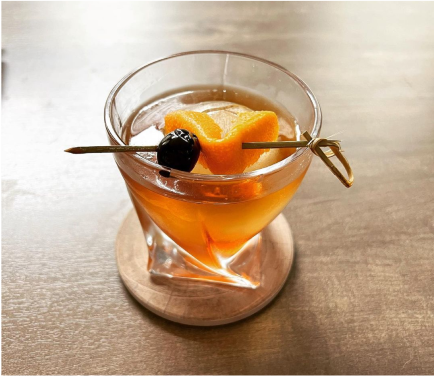 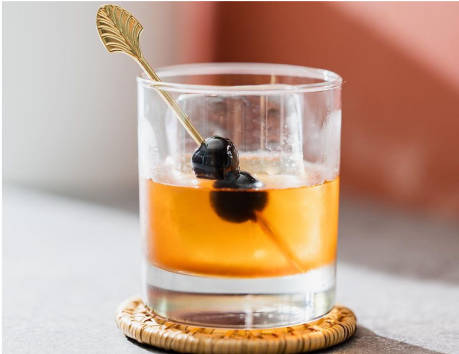 Keep tagging us in your photos and
videos using @ElijahCraig to be featured
on our social channels. 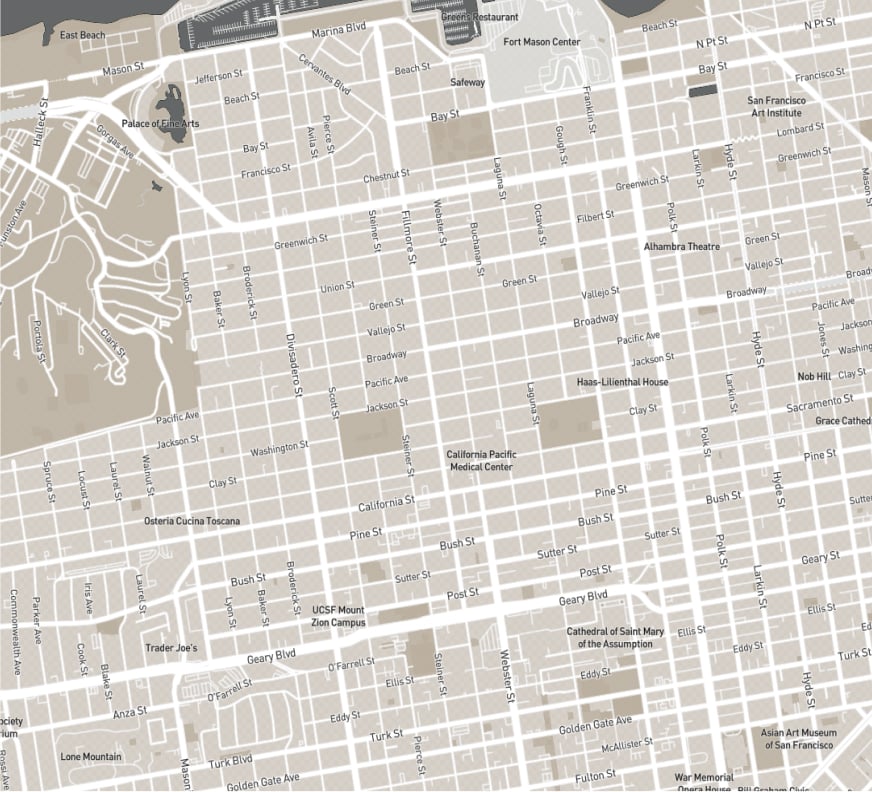 Plan an Old Fashioned night out - any night of
the year. Search your area for bars and
restaurants that participated in past Elijah Craig
Old Fashioned Week® events. 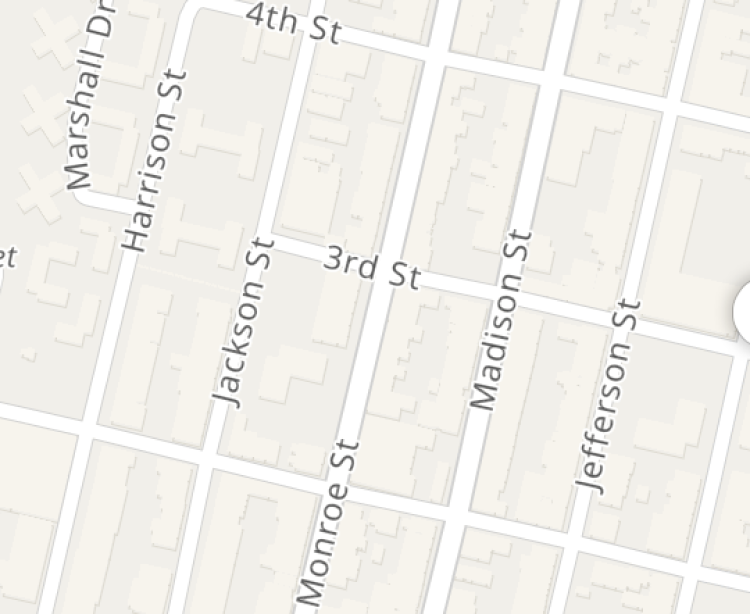 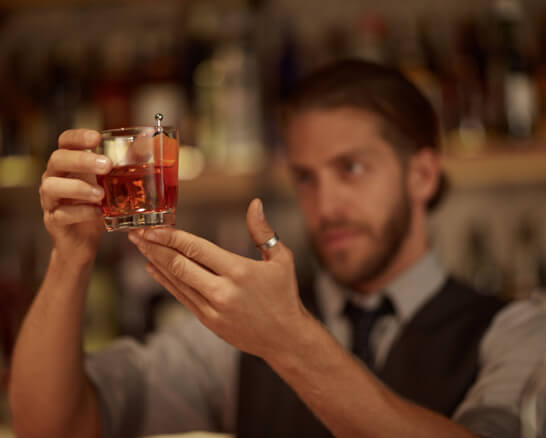 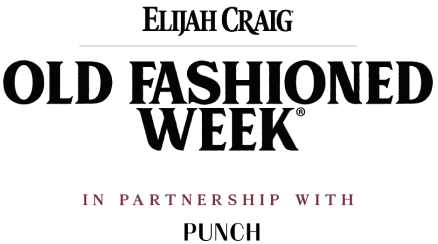 Elijah Craig and PUNCH Magazine teamed up once again to spotlight some of the country’s top mixologists during Elijah Craig Old Fashioned Week. PUNCH is a James Beard Award-winning online magazine that is well-known in the hospitality industry for its narrative journalism – both written and visual – on wine, spirits, beer, and cocktails.

Keep the celebration going all year long by learning to
make this classic Bourbon cocktail at home. 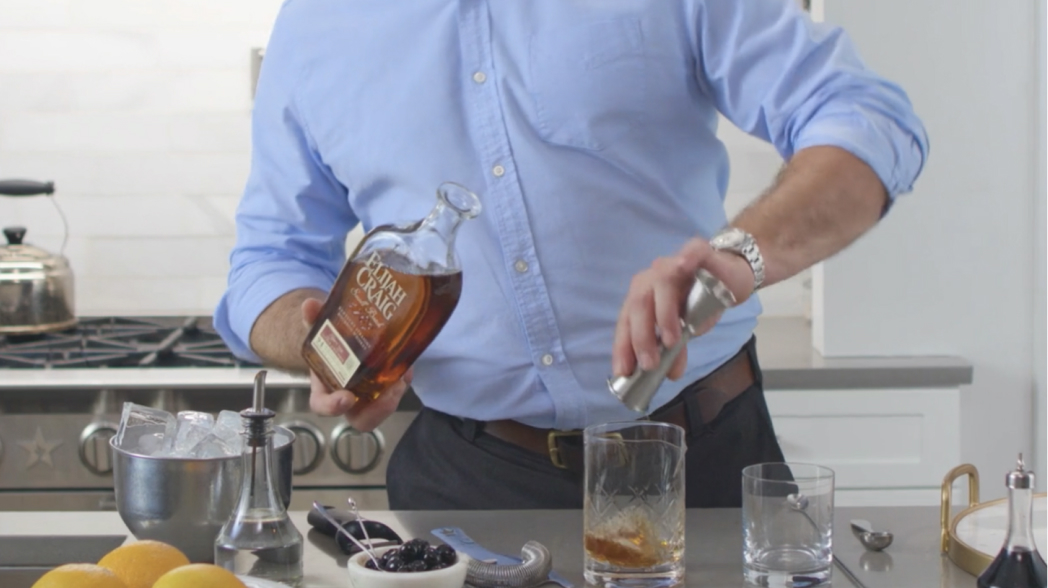 Keep the celebration going all year long by
learning to make this classic Bourbon
cocktail at home.

Our Master Distiller’s expertise and attention to detail give Elijah Craig Small Batch the right balance of rich flavor and full body that's perfect for the spirit-forward Old Fashioned. Its signature warm spice and subtle smoke flavor complement the sweetness and spiciness of the cocktail's key ingredients.

HISTORY OF THE
OLD FASHIONED

In 1789, the Rev. Elijah Craig became the
first to char oak barrels. Less than 20 years
later, the Old Fashioned was born. Discover
the origins of the world's first classic
cocktail with the Father of Bourbon.

The Old Fashioned was originally known as "the whiskey cocktail" and considered "matutinal"; that is, it was generally consumed in the morning.

Jerry Thomas's book, "The Bar-Tender's Guide," describes the whiskey cocktail as "a couple dashes of Boker's bitters, twice as many dashes of gum syrup, and a ‘wine glass' of whiskey."

After years of cocktail experimentation and permutation, calls for a return to "old-style drinking" give rise to the name "Old Fashioned." The term is widely adopted.

Fruit becomes widely used as an ingredient versus a garnish. A 1936 New York Times letter to the editor claims the trend began during Prohibition, "to disguise the horrible taste of terrible liquor."

2010 Returning to Its Roots

Most of the country's top mixologists shun the use of fruit in their Old Fashioned cocktails, using an orange swath or brandied cherry for garnish only.

2019 Recognizing the Greatness Within

Drinks International recognizes the Old Fashioned as the World's #1 Classic Cocktail for the fifth year in a row.

Subscribe to our newsletter for news and updates on Elijah Craig Old Fashioned Week 2022. 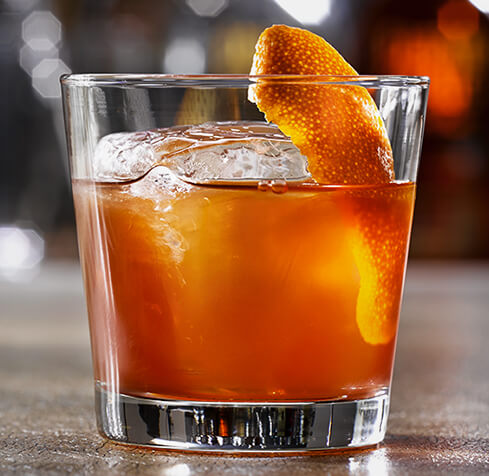 To enjoy the Old Fashioned in its purest form, start with Elijah Craig Small Batch Bourbon.

In a mixing glass add bitters, simple syrup, Elijah Craig Small Batch, and ice. Stir until well chilled. Strain cocktail over a large ice cube in a double old fashioned glass. Garnish with a swath of orange and an optional brandied cherry.